Efficiently evaluate the reliability and safety of powertrain components and thus develop them in a time- and cost-optimized manner.

Although the EU “OBELICS” project for the Fraunhofer LBF focused on the experimental evaluation of the vibration behavior of HV battery components under different temperature conditions and states of charge, it also investigated the development of a probabilistic FMEA with the option of implementing the results of multiscale simulations from a cellular level upward. The methods developed will allow the reliability and safety of powertrain components to be evaluated more efficiently in the future, thereby supporting time and cost-optimized development.

Experimental evaluation of the vibration behavior of HV battery components

The overarching goal of this investigation was an evaluation of the influence by the parameters of state of charge (SoC) and temperature on the vibration behavior of several vibratory areas inside an HV battery, in particular, the housing of the battery modules. Such information was not previously available, meaning that its importance for the development of high-voltage energy storage systems could not be assessed.

This investigation involved examining a Fiat 500e battery system provided by our project partner, Bosch. To determine the transfer functions between the mounting positions of the battery and its subcomponents, a total of eight traxial MEMS accelerometers developed at Fraunhofer LBF and 10 strain gauges were applied, see large picture above. The tests were performed in the Institute’s multiphysical test environment, consisting of a multi-axis shaker table, a vehicle energy system and a test/climate chamber, as shown in cover image.

To obtain the excitation data for the testing bench, the researchers performed driving measurements with a Fiat 500e. The fastening points of the battery were fitted with sensors. The graphic on the left shows a comparison between the actual accelerations on the outer wall of the battery module measured during the test and the often-used ISO 12405, as an example. The battery was excited with the same vibration profile at three different temperatures (-10°C, 25°C and 50°C) and three different states of charge (20% and 80% at 25°C). In this way, the system responses were determined. At the different temperatures, only negligible effects on local strains and accelerations could be observed. The state of charge does not influence the magnitude of the vibration amplitudes in a significant way. However, its effect is demonstrable.

It was not possible to show a general trend regarding the mechanical loads of battery components; rather, the effects depend on the individual system design, as well as the packaging. For investigations into the structural durability of HV battery systems, it is therefore necessary to link the mechanical loads with the complete range of application temperatures and states of charge in order to achieve realistic results.

Another focus point of the research carried out at Fraunhofer LBF was the further development of the probabilistic FMEA (probFMEA), shown in graphic left. Unlike classical FMEA, this tool can be used to numerically determine the probability of failure at a component level, and to link these in order to determine the probability of failure for the overall system. For this purpose, data relevant to failures was determined at a cell chemistry level using numerical situations. This was then interpreted as a failure rate (FIT, or “failure in time” rate), converted into probability of failure, allowing it to be used in the probFMEA. Such a procedure can be used, in a similar way, to link failure probabilities related to different subdomains of a powertrain, independently of a computational or experimental determination.

In this project, interdisciplinary teams at Fraunhofer LBF have conducted the first experimental research into how vibration loads of battery components are dependent on the ambient temperature and SOC. Customers and clients will be able to benefit from these results and develop their powertrain components more efficiently. In this project, the probabilistic FMEA was further developed in a way that allowed failure data from different subdomains to be implemented. In this way, it was possible to link the necessary metrics for ensuring reliability and functional safety across domains. 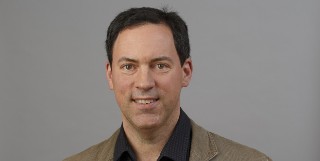