Fraunhofer LBF is equipped with measurement stations for dynamic mechanical analysis (DMA), which can be used to determine the right choice of material, assist in product development and service life time prediction of elastomers. Frequency and time independent measurements of the dynamic shear modulus and modulus of elasticity can be executed at a temperature range between -120 °C and 300 °C. These measurements can be complemented with ultrasound examinations in the megahertz frequency range. Under assumption of the frequency-temperature-equivalence, master curves of storage modulus and loss modulus can be created. Besides dynamic experiments, relaxation and retardation experiments are also possible. By adjusting the measurement data to material models, the input parameters for FEM simulations can be provided. The modulus value of the rubber plateau allows statements regarding the cross-link density.
A special feature of DMA measurements is the capability of carrying out the tests in organic liquids (e.g. oils or fats) or under defined humidity. Further applications of DMA are found on a separate page.

The viscoelastic properties of elastomers can be determined independently of temperature and frequency with dynamic mechanical analysis. Usually either the complex modulus of elasticity (E*=E‘+iE‘‘) or the complex shear modulus (G* = G‘ +iG‘‘) is measured.

The measurement of the shear modulus is a possible way to characterize the aging of elastomers. The lower figure shows the change in the shear modulus value of a soot filled elastomer (measurement temperature: 50 °C, frequency 1 Hz) in dependency of the aging time. The aging took place in a furnace at 100 °C in normal air atmosphere. The shear modulus of elastomers in the rubber plateau, which is significantly above the glass temperature, is connected to the network node density. Network nodes can be of chemical nature (e.g. sulfur cross-linking), but also of physical nature (adhesion of polymer chains to fillers, chain entanglement). During aging, thermo-oxidative decomposition and the formation of new cross-links are in interaction with each other. The observed increase of the shear modulus in the first few days is ascribed to e.g. chemical post curing. In the further course of aging the decomposition of network nodes is predominant, which leads to a decrease in shear modulus. 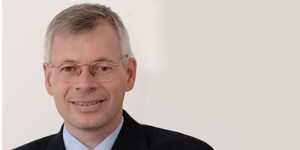 Head of Material Analytics and Characterization