Material and equipment you can rely on: System reliability of 3D-printed components for low-cost ventilators.

The world has not yet overcome the coronavirus crisis. The situation in hospitals requires a great deal of dedication and commitment from staff. In such exceptional circumstances, it is more important than ever for people to be able to rely on materials and equipment. Fraunhofer LBF is investigating components for low-cost ventilators to determine their system reliability and identify opportunities for optimization. In this way, our researchers are supporting medical progress. The increased system reliability of the devices helps to conserve resources.

Beginning with hackathons to tackle the coronavirus crisis, developer teams all over the world have been working on simple alternatives to highly-complex respirators. These should be quick and inexpensive to produce and not merely suitable for emergency use. In spite of their simplicity, these respirators must be reliable, due to the fact that malfunctions can have deadly consequences. As part of a current project, LBF has been investigating the system reliability of 3D-printed components for cost-effective respirators from the winners of the “Give a Breath Challenge”, a joint initiative of the Fraunhofer-Gesellschaft and Munich RE, as well as demonstrating ways in which they can be optimized.

PEEP valves are subjected to mechanical stress due to the axial force, lateral force and torsional moment caused by tube ends being slid on and pulled off. To investigate their system reliability, the Smart CPAP Team’s 3D-printed PEEP valves were clamped to a servo-hydraulic testing bench and subjected to strain using a special test cycle. In this test cycle, a tube end is slid on to the PEEP valve using an axial rotating movement, in the same way as a person would do it. Given that the possibility of lateral forces occurring during this process cannot be ruled out, these were also observed as part of the test cycle. After a dwell time to increase the static friction, the hose end is then pulled off the PEEP valve using an axial rotating motion. After another dwell time to allow the tube end to relax, the test cycle is repeated. This time-lapsed test made it possible to uncover weaknesses in the PEEP valve after only a few days, which would otherwise only have become apparent after having been in operation for several months. The tests were also carried out at a higher temperature, given that the possibility of cost-effective respirators being used under tougher conditions cannot be ruled out.

Imbalance of the turbine can place dynamic stress on the turbine housing. The system reliability of Vivid Breath Team’s turbine housing, which was produced using a range of 3D-printing techniques, was subjected to system reliability tests involving placing it in a climatic chamber and subjecting it to a range of different temperatures and levels of humidity. To ensure comparability, the turbines were replaced with a mass with a defined imbalance. The structural rigidity, structural durability of the turbine housing and the durability of the connection between the motor and the housing were tested and optimized using vibrations produced by the motor and the imbalance.

"Give a Breath-Challenge", a joint initiative of the Fraunhofer-Gesellschaft and Munich RE.

These area of expertise might also be interesting for you: 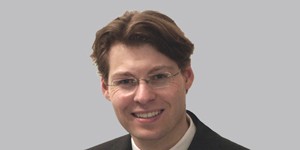