Highly antioxidant compounds from nature tailor-made for your use in plastics: Biostabilizers

In the course of their life cycle – from processing and use all the way through to recycling – plastics are subjected to all kinds of stresses, ultimately leading to the loss of their mechanical and visual properties. Therefore, it is only through the use of additives that the plastic becomes capable of meeting the stringent requirements that are imposed on it in terms of service life, continuous operating temperature and quality. Under the umbrella of the Cluster of Excellence Circular Plastics Economy (CCPE), the Fraunhofer Institute for Structural Durability and System Reliability LBF is cooperating with other partner institutes within the cluster to develop and evaluate new and innovative stabilizer systems based on biogenic building blocks.

Problems with the stabilizer systems used to date

Stabilizers safeguard the processing and long-term use of plastics by inhibiting the oxidative processes that would otherwise occur. A survey of the plastic stabilizers used to date reveals that they are mainly of petrochemical origin. Another problem is that the stabilizers that have been in commercial use up until now can migrate from the plastic matrix due to their low molecular weight. In order to avoid such contamination involving fossil-based derivatives and with a view to creating sustainable alternatives and establishing a circular economy, there is an opportunity to use naturally occurring structures instead.

Naturally occurring compounds of this kind have a very strong stabilizing effect, which – in some cases – is even superior to that of commercial petrochemical-based antioxidants. On the other hand, there are also some disadvantages, such as their tendency to discolor, poor solubility in polymers and the fact that natural antioxidants sometimes lack the necessary thermal stability, often reducing their possible range of applications considerably. The problems described above can be counteracted by synthetically modifying biogenic building blocks in a targeted manner. In this way, the resulting stabilizers that are based on natural structures can be tailored to specific applications in terms of how and where they are used. In addition to conventional low-molecular structures, this also allows macromolecular stabilizers to be created. Due to their high molecular weights of more than 10,000 g/mol, these have a lower tendency to migrate, thereby preventing the additives from being released into the environment.

The low-molecular and macromolecular structures developed at Fraunhofer LBF are protected by patents. To measure their stabilizing effect, the compounds that result from their incorporation are analyzed using a wide range of different methods. This includes determining the oxidation induction time (OIT) as a measure of how much the stabilizer contributes to the matrix polymer’s thermo-oxidative stability. Furthermore, the stabilizing effect of the stabilizers on the process and molten material is measured by continuously extruding the material while studying a set of rheological parameters. The extent to which the developed structures contribute to long-term thermal stabilization is examined by subjecting them to accelerated aging with periodic analysis of the mechanical and rheological properties.

When incorporated into polyolefins such as polypropylene and into biopolymers such as polylactic acid and natural rubber, the stabilizer systems developed at Fraunhofer LBF exhibit a stabilizing effect that is at least equal to that of their commonly used commercial counterparts and, in some cases, is even better. As far as customers are concerned, this allows them to add high-performance alternatives to their product range while at the same time responding to the demand for new and sustainable solutions from politicians and wider society.

When they are incorporated into polypropylene that has undergone basic stabilization (PP0), low-molecular (PP1) and macromolecular (PP2) stabilizers based on biogenic building blocks help to increase the thermo-oxidative stability considerably, making them competitive with commercial, fossil-based, phenolic stabilizers (PP-C1). 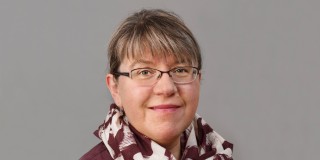 Head of Department Additivation and Durablity