As with most plastics, aliphatic polyamides (PA) are flammable and therefore have limited suitability for use in fire-sensitive areas. The addition of flame retardants is an effective way to inhibit or prevent combustion. However, existing flame retardants for PAs are not suitable or only partially suitable for the manufacture of textiles. Furthermore, no flame retardants made from renewable raw materials are available for biobased PAs. At Fraunhofer LBF, new synthesis routes have been developed to create innovative, polymeric flame retardants that bridge these gaps.

The main flame retardants used for polyamides are either halogenated organic compounds, red phosphorus or organic phosphinates, often in combination with melamine derivatives. Halogenated flame retardants are considered to be of toxicological concern with regard to manufacture, use, disposal and also in the event of fire, and are therefore being increasingly disregarded. Moreover, they are produced using fossil raw materials. The latter also applies to the harmless variants of these flame retardants, which contain phosphorus. Both of these substance classes primarily involve low-molecular compounds that can migrate out of plastic under certain conditions. Red phosphorus can have a corrosive effect on its environment.

Working on two research projects, Fraunhofer LBF scientists have developed halogen-free, polymeric flame retardants that do not exhibit these disadvantages. The polymers with phosphorus-containing side groups are based on both renewable and fossil raw materials. By varying the molar mass and using different comonomers or substituents, the melting viscosity, compatibility and mode of action can be individually adapted to the base polymer and the intended application. The macromolecular structure also prevents migration. A particular challenge here was to develop flame retardant additives that could withstand the high processing temperatures of PA, which can be as high as 300 °C.

Flame-retardant polyamide (PA) textiles can be used for protective clothing, industrial and home textiles, and also as reinforcements for plastics in lightweight applications. Flame retardancy is currently achieved through post-treatment of textile surfaces, meaning an additional step in the process. There is also a risk that the subsequently applied flame retardant may be unintentionally washed off during washing processes. Consequently, PA fibers that are intrinsically flame-retardant would have a decisive advantage. The above-mentioned halogen-free flame retardants are not suitable for the production of flame-retardant fibers. These are present in the PA in particulate form and therefore lead to problems when the very thin polymer fibers are spun. Polymeric flame retardants have the advantage that they can be melted, spun and stretched together with the polyamide. It was in this context that polymeric flame retardants based on (meth)acrylates were developed at Fraunhofer LBF using a new synthesis route. The flame retardants are characterized by a high phosphorus content coupled with good temperature resistance at 300 °C, which had previously not been possible.

Our project partner, the Institute of Textile Technology at RWTH Aachen University (ITA), incorporated the flame retardant into PA 6.6, spun it into multifilament yarns and processed them into textile surfaces. The textile properties remained virtually unchanged at a concentration of 10 percent of the flame retardants developed at Fraunhofer LBF (Fig. 3). Fire tests demonstrated a flame-retardant effect (Fig. 2) and reduced dripping during a fire.

Achieving a CO2-neutral plastics industry requires not only biobased plastics but also additives made from renewable raw materials. This is particularly important if the additives are used in high concentrations, as in the case of flame retardants. Flame retardants with high biobased carbon content are not yet available.

One readily available renewable raw material that is suitable as a basis for the production of temperature-stable, polymeric flame retardants is cellulose. At Fraunhofer LBF, this was used to first produce cellulose acrylate which was then reacted with phosphorus derivatives of sugar alcohols. What makes this synthesis sequence so special is that it does not involve any toxic components or residual materials. In this way, products with up to 75 percent biobased carbon content can be obtained. The cellulose-based flame retardants can also be melted and processed together with the base polymer. Their thermal stability at temperatures up to around 285 °C allows them to be incorporated into biobased PAs, such as PA 11. When concentrations of the new flame retardants were 18 percent of the PA, test specimens (1.6 mm thickness) demonstrated immediate self-extinguishing properties in the UL94 test. The application of the new biobased flame retardants in other polymers made from renewable raw materials is currently being tested.

Knitted stocking made of PA 6.6 with 10 wt% polymeric flame retardant produced by our project partner, the Institute of Textile Technology at RWTH Aachen University (ITA).

The development of the flame retardants for polyamide fibers was funded by the German Federal Ministry for Economic Affairs and Climate Action via the German Federation of Industrial Research Associations (AiF) as part of the program for the promotion of joint industrial research (IGF) on the basis of a resolution of the German Federal Parliament (Bundestag).

The development of the cellulose-based flame retardants was funded by the German Federal Ministry of Education and Research (BMBF).

M. Ciesielki, E. Chalwatzis, R. Nezami, Phosphorus-containing cellulose esters, methods for their preparation, their use and flame retardants, WO 21048335A1. 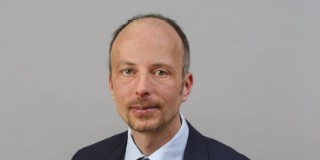