I2PANEMA is a European research project that aims to harness the power of the Internet of Things (IoT) to make ports more efficient and sustainable, and reduce their impact on neighboring residential areas. In this way, the project addresses the core challenges currently facing the transport and logistics sector.

Ports and logistics centers are often located in the vicinity of residential developments. The noise emissions from business operations lead to conflicts over the hours of operation. Active noise control (ANC) can be used to reduce noise emissions from ports and logistics centers with a view to de-escalating these conflicts. In the course of the project, one way its effectiveness was demonstrated was by installing an ANC system on a gantry crane.

Residents on neighboring housing estates feel the effects of noise generated by logistics operations at ports. The loudest emissions come from the processes of moving and loading containers. Therefore, a particularly effective way of reducing the impact is to implement measures directly at the source of the emissions, i.e., where individual containers are handled. As the containers themselves cannot be provided with noise-reducing features, sound propagation is instead actively reduced using an ANC system.

One of the major difficulties is that the waveform of the unwanted noise signal is not known in advance. For this reason, it is necessary to use an adaptive system that is effective at dealing with broadband noise. You will no doubt be familiar with similar systems from ANC headphones, which are capable of actively reducing noise with the aid of externally and internally positioned microphones.

In this case, the spaces between the headphones and eardrums are closed off, but open environments are different in that there are no fixed positions where waves with a particular frequency can be fully canceled out. In order for the ANC system to produce an extended acoustic shadow, an array of speakers has to be used. This can then create a virtual noise barrier. In combination with the broadband feedforward control, the necessary multiple-input multiple-output (MIMO) configuration requires the algorithms used to have a high level of computational efficiency so that they can be executed on compact hardware in real time.

As part of the project, a demonstrator system has been set up at the port of Nuremberg (official name: bayernhafen Nürnberg). Four gantry cranes are used there to transship Tricon containers between road and rail at the trimodal terminal. One of these cranes has been equipped with microphones and speakers. The reference microphones record the noises emanating from the container. These are used to calculate suitable inverted noise signals, which are then transmitted via a speaker array. The remaining noise outside of the working area is detected by error microphones. The ANC system adapts to changes in propagation conditions in order to minimize the residual noise. The use of weatherproof speakers and microphone housings mean that the system is already geared up for permanent use.

Active noise control in the context of the IoT

A key element of the project is the use of IoT technologies to integrate the stakeholders and data sources within the port environment. To this end, researchers at the Fraunhofer Institute for Structural Durability and System Reliability LBF worked with their project partners to develop a dashboard capable of displaying the current ANC system status data. The ANC system can be integrated as a sensor node into a larger IoT system for noise management.

The demonstrated system has managed to achieve a reduction of 6 dBA, the equivalent to cutting the sound pressure level by half. Theoretical analyses indicate that reductions of up to 20 dBA could be achievable by using two-dimensional speaker arrays.

Reducing the noise emissions makes it possible to increase the handling capacity. Particularly during the nighttime hours — when there are fixed noise quotas limiting the number of containers that can be handled — the system allows the efficiency of port operations to be increased.

Funded by the German Federal Ministry of Education and Research (BMBF) as part of the ITEA3 Eureka Cluster project.

Winner of the special award for outstanding entrepreneurial and scientific performance at the ceremony celebrating the 25th anniversary of the “Center for Transportation & Logistics — Neuer Adler e. V.” (CNA), which was held in Nuremberg on October 28, 2021

Undertaken in collaboration with the Fraunhofer Institute for Material Flow and Logistics IML, University of Rostock and bayernhafen Nürnberg.

Reduction of vibrations and sound

Project of the group

Application-oriented algorithms and concepts for increasing the autonomy of control systems for highly dynamic processes. 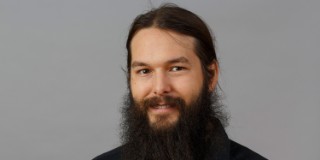 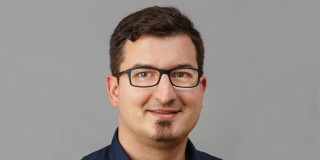