The research project involved investigating the effects of thermo-oxidative aging on the fatigue strength of a carbon-black-filled NR material and developing a methodology that would take account of the irreversible changes in the network structure with a view to predicting the level of service life degradation. Experiments were carried out on material samples and on components to assess whether the methodology could be successfully carried across from the former to the latter. As a result, we are able to offer our customers a numerical verification concept that will enable them to design products that are fit for their intended purpose while increasing the reliability of the systems used.

Because of their elastic properties, engineering elastomers are used to make seals or vibration-damping rubber-metal mounts and have become an indispensable part of modern life. During operation, these engineering elastomers are exposed to external environmental influences, such as oxygen, moisture, high temperatures and other factors. High temperatures, in particular, can have both reversible and irreversible effects on the material behavior. The increase in temperature can be brought about by external heat sources as well as by self-heating of the material when it is subjected to dynamic stresses. The fatigue behavior of engineering elastomers is heavily dependent on temperature, which can reduce the service life significantly.

In this regard, a distinction must be drawn between the following two effects described in the literature. Fatigue strength investigations have revealed that Wöhler curves (S-N curves) exhibit a parallel shift at increased temperatures. However, in conjunction with oxygen, temperatures can also lead to irreversible changes in the network structure. This effect — which is known as thermo-oxidative aging — influences a large number of mechanical properties, including rigidity, tensile strength and Shore hardness. The processes can also occur at low temperatures and cause engineering elastomers to fail prematurely by making the material brittle. In contrast to tests performed at increased temperatures, fatigue strength investigations conducted on samples pre-aged using a thermo-oxidative process have shown that not only can a parallel shift in the curves occur but also a change in the slope of the curves.

Degradation of the service life across the various aging levels

The primary aim of this project was to develop a test process for determining the aging effects via short, concentrated laboratory experiments and then apply these to the long-term behavior using a numerical method. The new mathematical approach required for this was to be developed on the basis of the Arrhenius law and applied specifically to the area of service life analysis.

The first step was to consider the level of degradation at various load levels given that previous investigations had demonstrated a clear link between the slope of the curve and the degree of aging. An appropriate model was used to capture the characteristic aging levels. It was then possible to specify the deterioration in the service life as a function of the load level. Validation experiments were carried out with a view to determining the extrapolation quality.

Ultimately, the aim of the project was to devise a complete test process that would not only define the necessary time-concentrated aging experiments but would also provide a computational evaluation method that could be used to capture the data and apply it to real-life temperature conditions. Within this context, the intention was also to consider and assess — in a very specific way — the spread of the experiment results as well as the related interpretation of the computational results.

Investigating the effects of thermo-oxidative aging

The effect of temperature on reversible and irreversible processes was thoroughly investigated at the Fraunhofer Institute for Structural Durability and System Reliability LBF. The material consisted of a carbon-black-filled natural rubber compound with a Shore hardness of 60 ShA, a blend commonly used in the automotive sector due to this hardness level. An S2 dumbbell specimen according to the ASTM D4482 standard was used for the material sample, with the component taking the form of a rubber-metal engine mount. The samples were aged at six temperature levels [80 °C, 85 °C, 90 °C, 95 °C, 100 °C, 110 °C] for aging periods ranging from one to 128 days in a heating oven with a fresh air supply under constant conditions. The fatigue strength investigations were carried out at room temperature. The data was evaluated on the basis of the displacement amplitude. The curves were calculated using the maximum likelihood regression method.

Fig. 2 shows the S-N curves with a 50% survival probability for various temperatures and various aging periods. The plots for the probabilities of 10% and 90% are not shown for the sake of clarity. The biggest service life reductions are observable when the aging period is longer. Similarly, a change in the slope of the S-N curves can be seen, with greater material weakness occurring primarily at larger amplitudes.

The investigations into thermo-oxidative aging show that it has a significant effect on the slope of the S-N curves, with the result that greater material weakness occurs primarily at larger amplitudes. This effect must be taken into account when designing engineering elastomers. A complete concept needs to be devised for this. 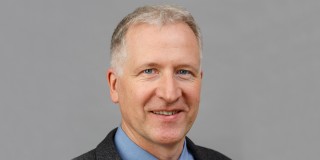